You don’t have to be stuck at home when it’s cold and rainy. Take a trip to a nearby museum! There are plenty of museum options for nearly every interest imaginable, so even if you’re not into dinosaur bones, you’re sure to find an interesting museum in the Carolinas. 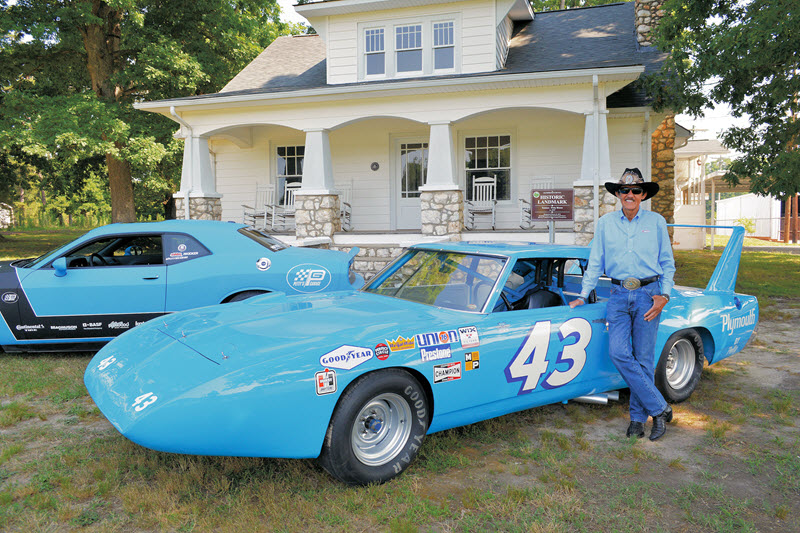 You’ll find fast cars and the legendary King of NASCAR at the Petty Museum in Randleman, NC.

Race into this museum showcasing the careers of this four-generation NASCAR Hall of Fame racing family including Lee, Richard, Maurice, Kyle, and Adam Petty. Follow the family from the early “dirt” days to the present. Cars, trophies and awards and nostalgic family memorabilia are showcased throughout. Gift shop on site.

Get more Carolina! Subscribe to Carolina Traveler Magazine and we’ll deliver it to your home. 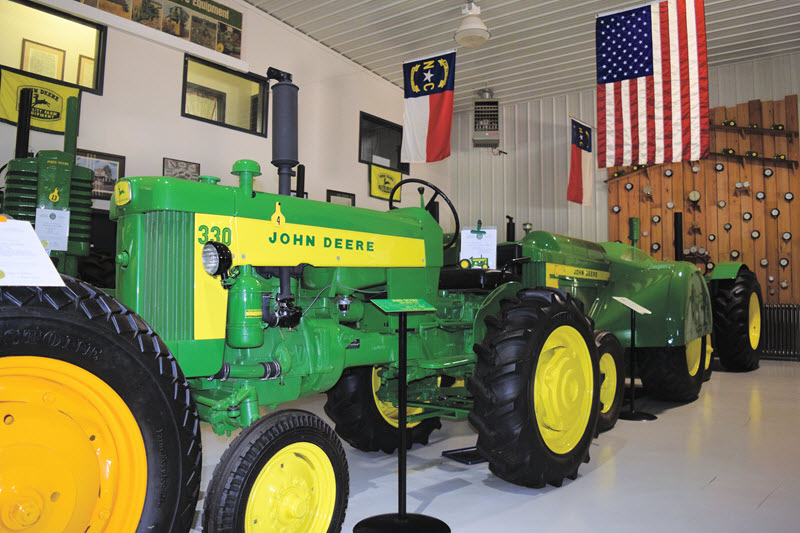 Do you find tractors sexy? If so, your happy place will be the Neal Agricultural & Industrial Museum in Trinity, NC.

View more than 26 fully restored John Deere tractors, a 1926 return tube boiler from P & P Chair Company in Asheboro, producers of the Carolina Rocking Chair used by President John F. Kennedy, multiple steam engines from the 19th century, and a demonstration of the War of the Currents. Gift shop on site. 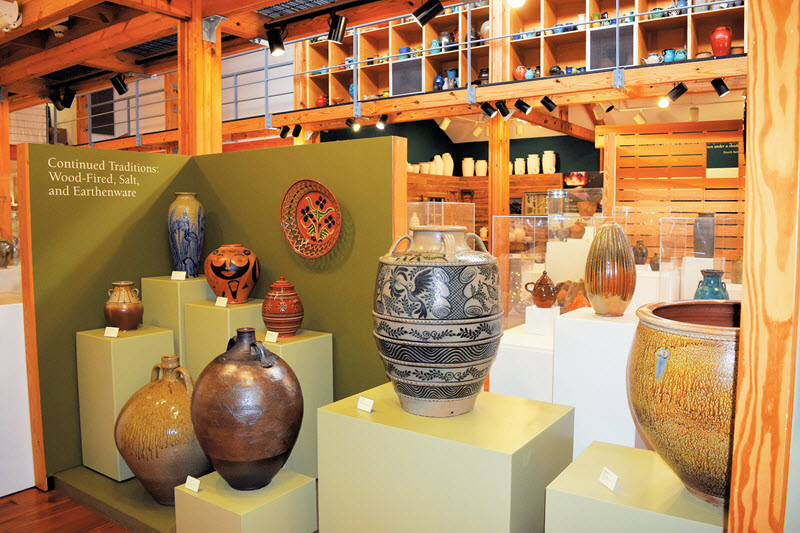 Amazing and functional works of art are displayed at the North Carolina Pottery Center in Seagrove, NC.

Showcasing permanent and rotating exhibits including more than 800 pieces of pottery, artifacts, and photographs tracing North Carolina’s pottery history from Native Americans to the present with displays interpreting the impact of social, technological, and economic changes to one of the state’s most unique cultural resources. Gift shop on site. 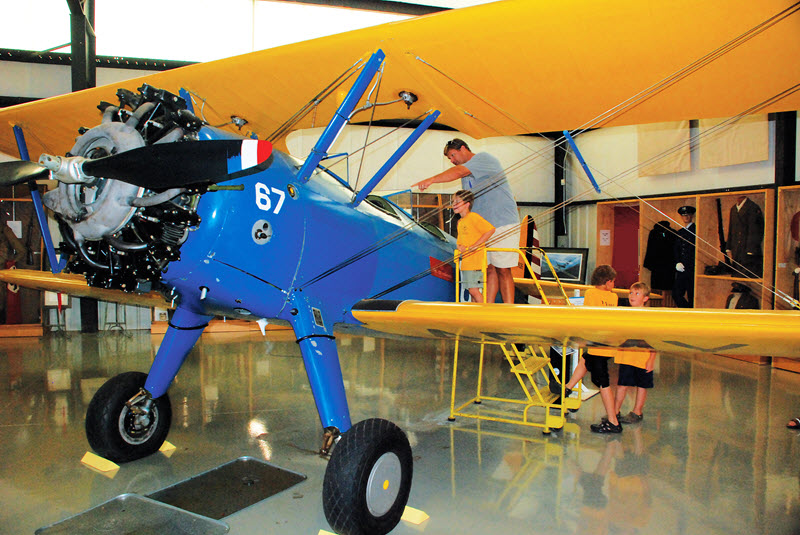 Channel your inner Red Baron (or Maverick) when you buzz the tower at the North Carolina Aviation Museum in Asheboro, NC.

Immerse yourself in aviation history! See stunning military artifacts and memorabilia from WWI to the present including an impressive collection of military vehicles, weapons, equipment, uniforms, and a flight simulator as well as a Piper J-3 “Flitfire” flown by Orville Wright. Gift shop on site. Please call for group rates. 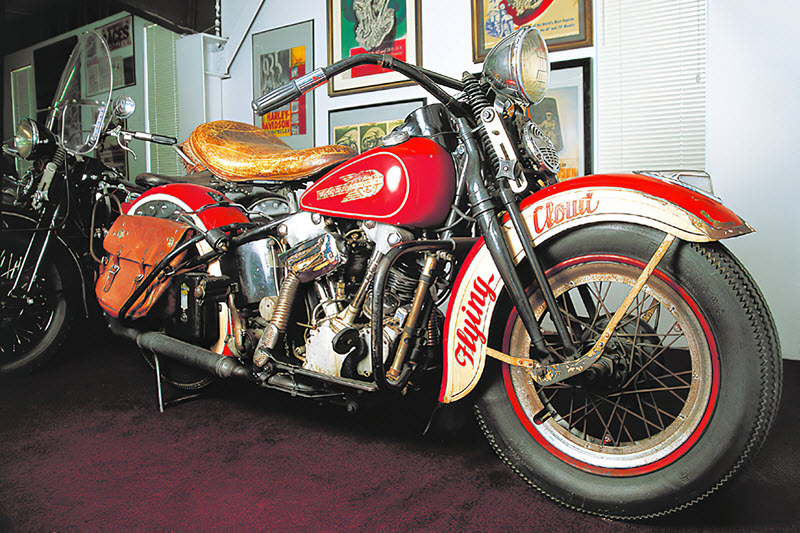 You’re bound to find adventure here, so get your motor running and head out on the highway to the American Motorcycle Museum in Asheboro, NC.

See one of the largest private collections of antique Harley-Davidson® motorcycles in the country including 45 bikes ranging from 1936 to 1978. Gift shop and Heritage Diner on site. 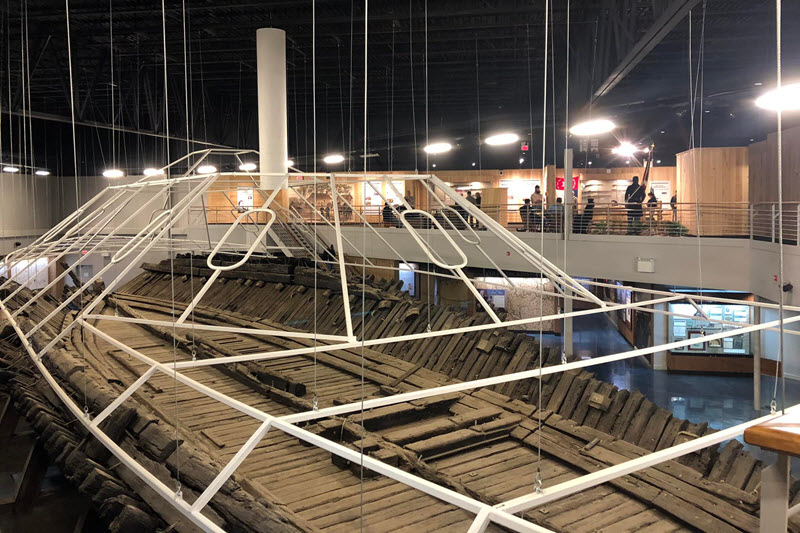 Explore the recovered remains of a Confederate gunboat at the CSS Neuse and Civil War Interpretive Center in Kinston, NC.

The CSS Neuse Museum offers exhibits of both military and civilian life in Eastern North Carolina, focusing on the construction of the ironclad CSS Neuse during the Civil War. The recovered remains of the CSS Neuse are displayed along with a full-size replica of the gun deck and casemate. With two weeks advance notice, the museum will host student field trips. 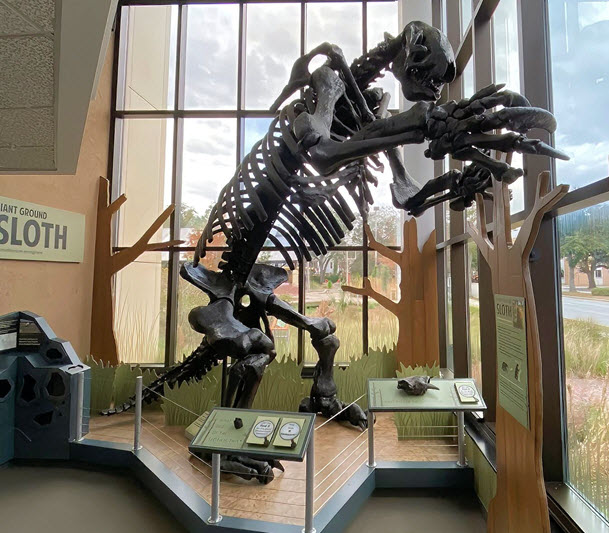 When you have a bone to pick, this might be your place! Cape Fear Museum, Wilmington, NC.

Come see the giant ground sloth and explore 57,000 objects that reflect history, science and the cultures of the Cape Fear region. The Cape Fear Museum is open Tuesday – Saturday, 9-5; Sunday 1-5. Adult admission is $8 (New Hanover Co. residents get in free on the first Sunday of every month). The museum offers on-site and virtual field trips. 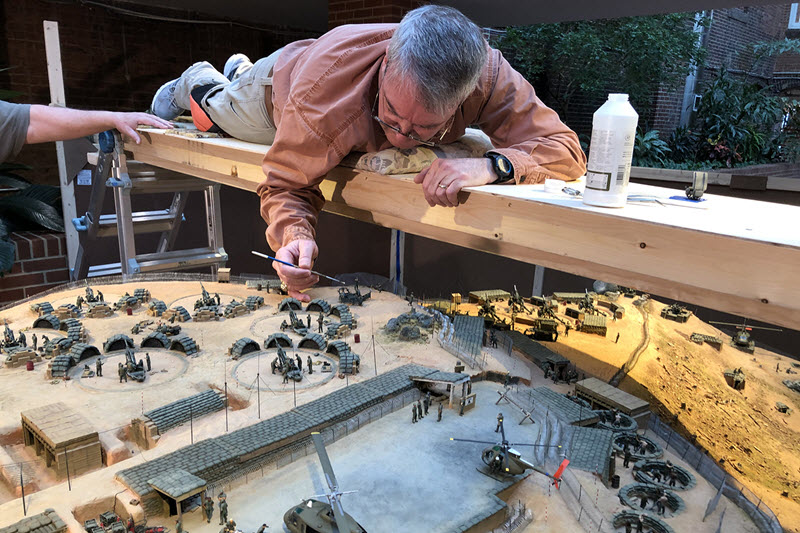 A modeler applies the finishing touches to the Firebase Ripcord diorama at the South Carolina Relic Room and Military Museum in Columbia, SC.

The SC Confederate Relic Room and Military Museum features exhibits that focus on South Carolina’s military history through every American conflict from the Revolutionary War to the present. A special exhibit that recently opened is SC in Vietnam, which features a huge new diorama of Fire Support Base Ripcord. It took more than two years for the experts with the Wildcat Chapter of the Armor Modeling and Preservation Society to build it.

Museum Central is a special advertising section, sponsored by the participating museums or their respective tourism development authority.

Get more Carolina! Subscribe to Carolina Traveler Magazine and we’ll deliver it to your home.