North Carolina has its share of heroes, but there’s one man that stands out for his exceptional bravery and persistence: Captain Richard Etheridge. This remarkable man has continued to fascinate people throughout the decades for his contributions to not just Roanoke Island history, but our national history as well.

He’s famous for training a crew to rescue hundreds of people from the cold depths of what has been referred to as the “Graveyard of the Atlantic,” a perilous region of water surrounding the Outer Banks. In addition to this incredible feat, he’s also known for becoming the first African American to hold the status of “keeper” (leader) at a life-saving station, an establishment dedicated to rescuing crews and passengers from sinking ships.

While Etheridge’s contributions to both our state’s and nation’s histories were often overlooked during his time, recent years have seen a much-deserved resurgence in interest and respect for this groundbreaking man. 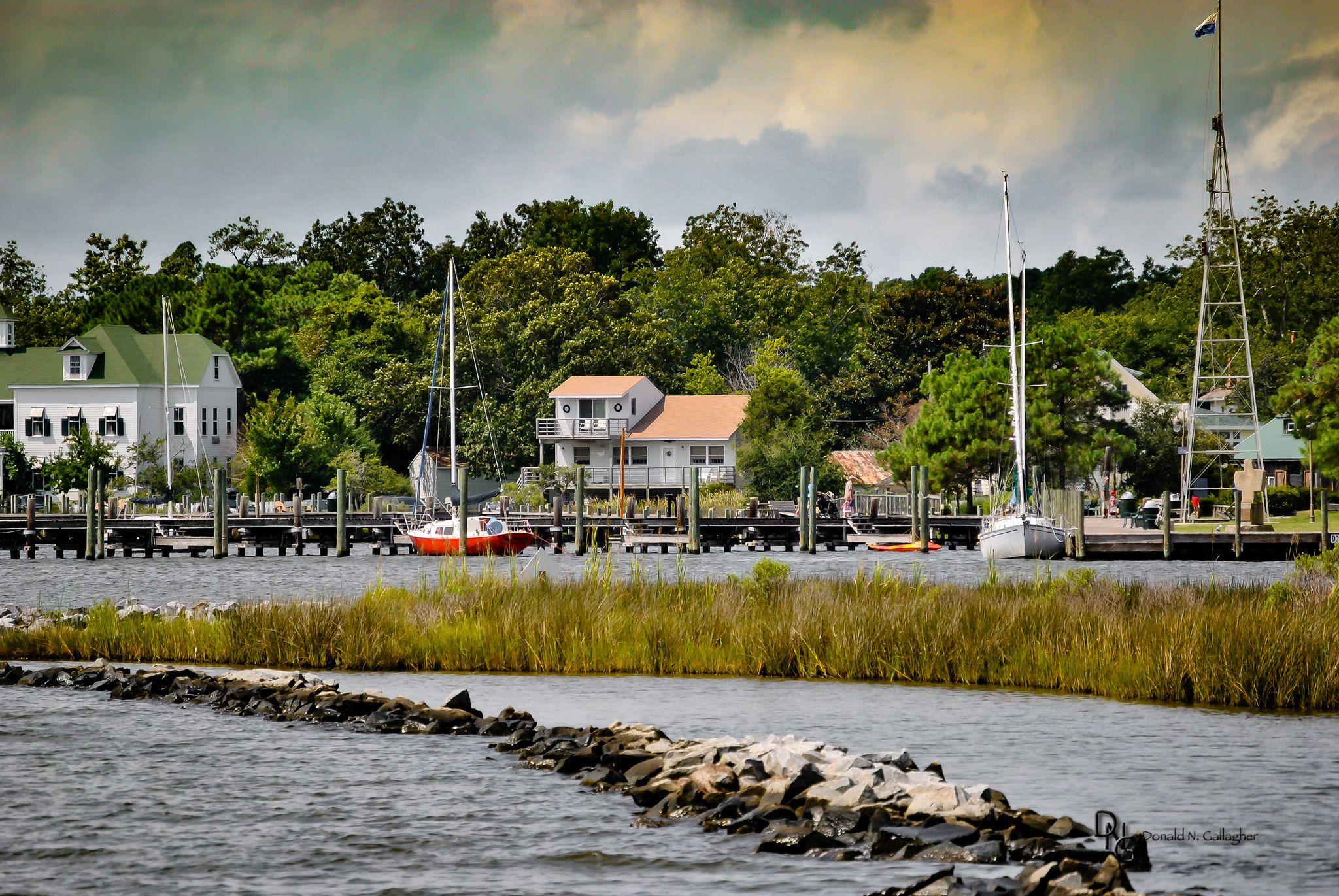 Richard Etheridge was born in 1842 on Roanoke Island, North Carolina. He was enslaved until the outbreak of the Civil War, when he joined the Union Troops. At this time, part of the Roanoke region became known as the Freedmen’s Colony, a town formed in the mid-1800s by runaway slaves and people who had recently been freed. Etheridge was well-known for his role in penning a letter to the commissioner of the Freedmen’s Bureau in an effort to address crimes against black residents of Roanoke Island in the Freedmen’s Colony.

During his time in the military, he took part in the historic Battle of New Market Heights near the James River in Virginia. After his time spent fighting in the war, Etheridge continued searching for ways to help others. It was in 1880 that Etheridge became the first African American keeper of a life-saving station in the United States, securing a role at Pea Island Life-Saving Station. Members of life-saving stations were committed to rescuing seafarers as they approached land or embarked on journeys from the coastline.

Besides holding a reputation for being highly skilled, Etheridge’s crew was noteworthy because its members were all African American. Together, Etheridge and his team saved more than 600 people from drowning during their 20 years of service.

Etheridge remained keeper of Pea Island Life-Saving Station until 1900, when he passed away after an unknown illness. Today, he is remembered for his heroism while saving lives along the coast as well as his service in the Union Army. His persistence against racism has made him an honored figure in American history. In 1996, over 100 years after his service, the Coast Guard awarded Etheridge and his crew a long-overdue Gold Lifesaving Medal to recognize their commitment to protecting others.

Learn more about the fascinating life of Richard Etheridge by visiting some of these locations in North Carolina. Etheridge’s Pea Island Life-Saving Station is found on the Outer Banks of North Carolina, just a few miles south of Bodie Island Lighthouse. The original building was burned by arsonists a few months after Etheridge earned his leadership position but was reconstructed. Today, the building has become the site of the Pea Island Cookhouse Museum and part of it was moved from its original site to downtown Manteo. The term “cookhouse” in the museum’s name comes from the fact that the museum is technically in the former cookhouse portion of the station.

Visitors to the museum can see artifacts that belonged to Etheridge and members of his crew. One of the most famous pieces on display is the E.S. Newman signboard, salvaged from a sunken vessel. Etheridge’s team saved each of the nine people aboard the ship one stormy night. 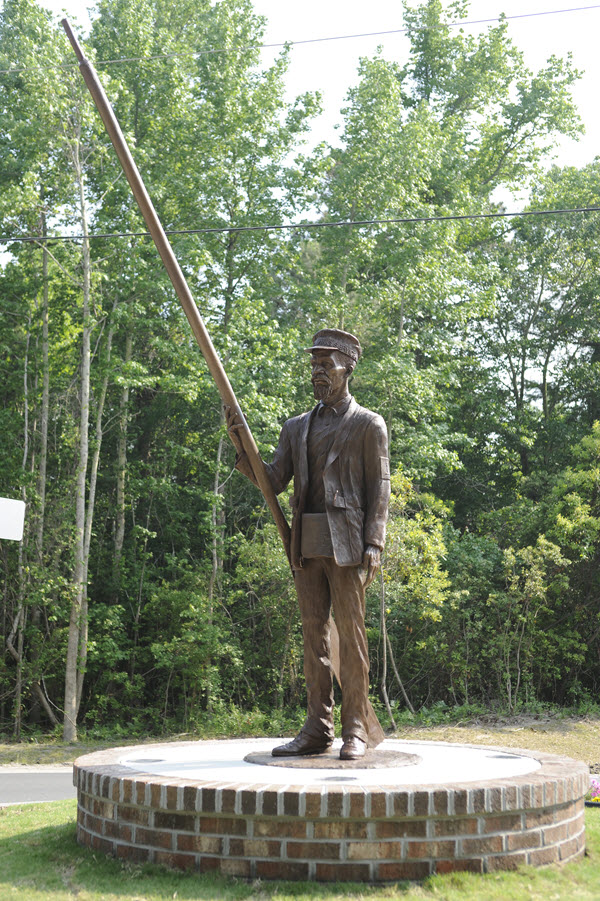 Take a look at the bronze statue erected in Etheridge’s honor at the traffic circle that connects Sir Walter Raleigh and Bideford Streets in Manteo. Sculpted by renowned artist Stephen H. Smith, the statue is paired with a plaque that faces the road.

Visitors will note that Etheridge carries an oar in his hand which symbolizes the one he would have used to steer his rescue boat during his missions.

If you want to get an idea of the arduous training that Etheridge and his crew undertook, pay a visit to the Chicamacomico Lifesaving Station at 23645 NC-12 in Rodanthe on a Thursday at 2:00 p.m. from Memorial Day to Labor Day. Visitors can watch the Beach Apparatus Drill which details the land-based rescue strategies Etheridge and his crew would have used. This intensive training was the basis for rescue operations in the area for nearly two centuries, ending only once helicopters began to feature in Coast Guard operations.

The Beach Apparatus Drill carries out a mock rescue in the same way rescues would have been performed during Etheridge’s time. A Lyle Gun fires a 700-yard rope from the shore to a “sinking” ship. Sailors aboard the ship tie the line to the ship’s mast, just as crews from Etheridge’s time would have been trained to do. The Lifesaving team, in turn, secures additional lines on shore. A specially designed pulley system then enables the crew from the ship to safely reach land one at a time. Watching this fascinating depiction of history to more fully understand the feats Etheridge was able to perform. 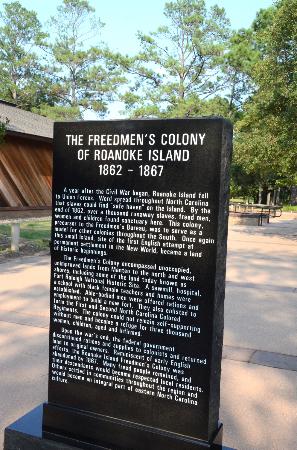 Stop by the Freedmen’s Colony of Roanoke Island marker to learn more about Etheridge’s home region. This marker was installed in 2001 by the National Underground Railroad Network to Freedom. To find this marker, head to the entrance of Fort Raleigh National Historic Site at 1401 National Park Dr., Manteo, NC 27954.

In 2018, the former Pea Island Interim Bridge was renamed the Captain Richard Etheridge Bridge, thanks to the efforts of both a state transportation board member and children from a local elementary school. Today, the bridge’s new name reflects the renewed interest in Etheridge’s life and an effort to recognize the impressive feats of this intriguing man. The bridge is 2,350 feet long and was built to replace another one that was damaged by Hurricane Irene in 2011.

Where is the bridge? You’ll drive along it when traveling between Pea Island Beach and Pea Island National Wildlife Refuge. 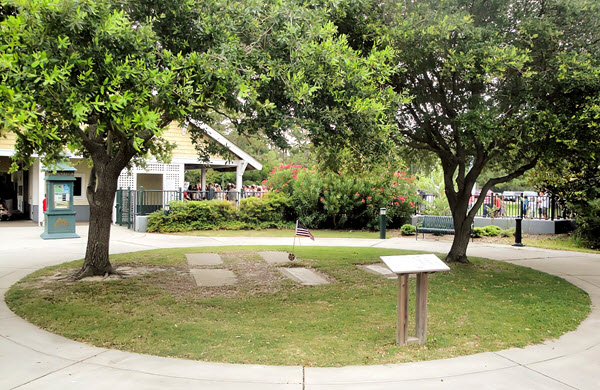 Visitors to the NC Aquarium in Manteo can reflect on the life of the local legend at his grave site near the aquarium entrance.

Another place history buffs can pay respects to Richard Etheridge is at the North Carolina Aquarium on Roanoke Island. Here, there’s a marker that formally recognizes the achievements of Etheridge and his crew. The marker was placed by The Coast Guard Association in 1991 and is located in the walkway to the Aquarium. Etheridge and his family’s graves are also found here.

The North Carolina Aquarium is at 374 Airport Rd. in Manteo, NC. You’ll find the marker on the southwest side of the road.

Know Before You Go

Before you begin piecing together the significant events of Richard Etheridge’s life with a trip, consider doing a bit of reading ahead of time. David Wright and David Zoby partnered to write Fire on the Beach: Recovering the Lost Story of Richard Etheridge and the Pea Island Lifesavers. If your family’s more interested in films, check out Rescue Men, a documentary that premiered in 2010 and won several film festival awards. This hour-and-a-half long film details the life of Etheridge’s team and provides more information about the Pea Island Life-Saving Station.

Hunt For A Missing British Fort On Bear Island, NC